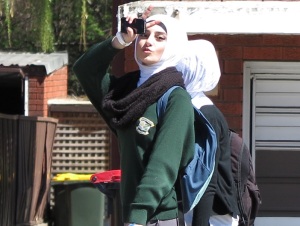 “Lakemba”, you say. “Where is that? Is it South … or West? What is there? Muslims, violence, gangs, scary stuff.” Driven by challenging geography and an inadequate road system, Sydney is a city of small communities where it is rare to cross from one community to another. Sydneysiders are intrepid world travellers and yet we neglect our own backyard. The idea of leaving the confines of the Eastern Suburbs to explore what Lakemba is, presents itself as a real adventure.

Lakemba is named after a Fijian island.  Originally used for potato farming it became a more residential environment in the the early 1900’s. It appears to have always been a suburb for migrants – initially British and Irish followed by Greeks and Italians in the mid 20th century, and then Lebanese from the mid 1970’s. Today the establishment of the Mosque attracts muslim migrants from all parts of the world – Somalia, Indonesia, Pakistan and of course, the Middle East.

Here is an outline of what to do with five hours in Lakemba during a week day. I would love to hear from anyone about their experiences on weekends or at night…

10:30am The adventure begins

Catch the train on the Bankstown line from Central Station to get in the mood. Notice Sydenham, Hurlstone Park and Canterbury on the 30 minute ride and  you realise the passengers look just the same as anywhere else in Sydney. When you exit Lakemba station it feels like arrival in a country town from a foreign land.  The streets are quiet, the shops are mainly food stores, overflowing with fresh produce and unique ingredients. Walking the streets are mothers with children in prams. It’s time for a coffee and, as you stumble into Island Dreams near the corner of Railway Parade and Haldon Street, you realise this is Lakemba. It feels more fitting to have tea. The statuesque tall black gentleman treats you like royalty as you settle back into the lounge chairs and the tea delivers on its reputation. It’s hot, black and perfect – a brand that I have never seen before. This seems to be typical of the life here – to be so comfortable, chatting, and watching the passing parade with fascination. But we are here to see Lakemba … 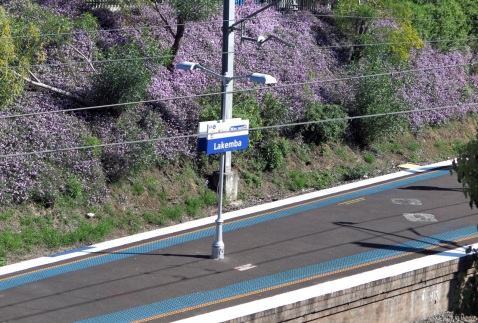 Next stop, a ten minute walk past the local public school to the Mosque in Wangee Road. The Mosque also known as the Imam Ali Bin Abi Taleb Mosque is one of the largest Mosques in Australia and was completed in 1977. Like all Mosques the objective is a place of worship without the distraction of pictures or ornament. Show respect by removing your shoes, and cover your head and arms. The main door is shut and we enter via the side door.  The mosque is large, light and very quiet – empty of worshippers.  Note the homage paid to woman in the words of the dome – is this Australian influence? We are amused by the words, “men who guard their private parts and women who also do so”.

Lunch is exciting with a good range of middle eastern, chinese and bangladeshi food. We opted for middle eastern at Jasmins, 30B Haldon Street – it’s authentic to Lakemba. Whilst the more well known restaurant, Al Asseer, may have started in Lakemba, it is now a chain across Sydney. It has adopted slightly more upmarket decor which we felt would be aimed at stinging tourists like ourselves.

Jasmins did not disappoint. We selected one of the many mixed plates and a grilled chicken dish. The falafel really was the best I have had – I read this in reviews and it is seriously true. I also found the Baba Ghanoush exceptional and it is the first time I have actually enjoyed Fava, the broad bean dish. As for the grilled chicken, it was tender with beautiful smoky grilled flavour – so good. The only issue was that we ordered far too much food. One mixed plate which varies in price from $13 to $15 would have been plenty for two people. Like everywhere else we went in Lakemba we were treated with the utmost courtesy and friendly nature that you often find townsfolk extend to visiting tourists. Certainly we felt like tourists.

All the eating places appear to be cafeteria style. My guess this is due to Allah’s ban on alcohol so that meals become a bodily function of feeding the body rather than entertainment.

There are a few shops on either side of the railway station and then there is Haldon Street, and not much else. Most shops are related to food of some kind – fruit and vegetable shops, mixed business “supermarket” style stores, cafeteria style restaurants or cafes to lounge in for tea. Any other shops are similar in style to $2 shops. There is the one Pub built in 1928 which would have serviced the initial settlers from Britain and Ireland and, later, the Greeks and Italians. Today it is struggling to survive in a world where religion dictates no alcohol and closes at around 8:30pm. The food shops cater to the Middle Eastern, Indian and Chinese residents with ingredients unique to Lakemba – whole shelves of ingredients that are not available anywhere else – certainly not in the Eastern Suburbs or North Shore. There were pickles of every kind, chutneys, labne, a room filled with rice, and my favourite -Lebanese nougat for only $12 per kilo. The Big Fresh at 131 Haldon Street has a particularly good selection of Lebanese nougat as does Paradise Markets just a few doors down.

Whilst meals appear to be cafeteria style, the same cannot be said for enjoying the tea or coffee in the Cafe’s.  These remind me so much of Istanbul with their lounge style seating, relaxed atmosphere and focus on varieties of quality tea. However, after all the tea, we were hanging out for a coffee and Cafe Du Monde delivered. Both the flat white and espresso were excellent and would give the best coffee in Surry Hills a run for it’s money.

On the train home we reflected on a great day. Going forward I will not hesitate to go out to Lakemba when I am planning a party to get some unique ingredients and to wow my guests with the Lebanese nougat.  Plus I will have the opportunity for a falafal fix for lunch !!! 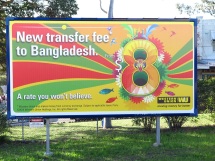 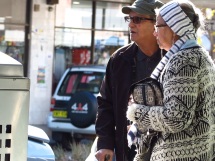 I found very little information available on things to do in Lakemba.  Here are links with some general information to give you background on the area.

From the Kitchen at Dorset Road 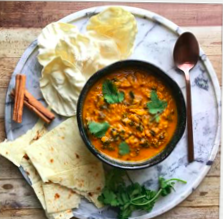